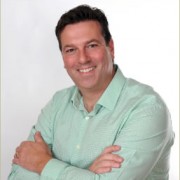 Dr. Halpin obtained his bachelor’s degree from Acadia University in Wolfville, Nova Scotia. Upon graduation, he played professional hockey in Europe and traveled extensively before entering dental school. He received his Doctor of Dental Surgery (DDS) degree from Dalhousie University in 1995. He won many awards including the Canadian Dental Association Presidents’ Award – an award presented to one fourth year dental student for leadership, scholarship, humanity and general good character. Dr. Halpin and his family lived in Ottawa for four years until an opportunity to establish a practice in Halifax presented itself in October 1999. This office is the result. In the spring of 2001, Dr. Halpin completed a teaching position at Dalhousie University. He has been an Associate Member of the International Association for Orthodontics since 2001 and in 2010, completed an upgrade in his credentials for Advanced Orthodontics. In 2006 he obtained additional training in the treatment of snoring and sleep apnea through the use of oral appliances, and also became a Certified Invisalign Practioner. In 2007 Dr. Halpin went from placing crowns on implanted teeth, to also surgically placing implants. In 2011 he began offering mini-implants to his patients, especially for denture stabilization. In 2018 Dr. Halpin purchased an iTero scanner to provide digital impressions for our patients and eliminate messy manual impressions. In 2020, Dr. Halpin purchased a 3D digital PAN/Ceph x-ray unit to better service and diagnostics for our patients. He recognizes the importance in providing the most current treatments, thus ongoing continuing education is a priority for all our staff. In his spare time, Andy spends time with his family, plays tennis and guitar, or can be found in a hockey arena coaching his children’s teams. 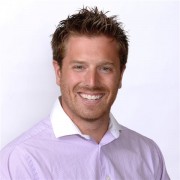 Dr. Murphy was born and raised in Halifax, Dr. Murphy graduated from Dalhousie University with a BSc in 2008 and with his Doctor of Dental Surgery in 2012. Following graduation he was one of two dentists selected to the Dalhousie General Practice Residency program. During his residency, Dr. Murphy had an opportunity to treat dental emergencies, gain experience in oral surgery and other hospital based rotations, and travel to Northern Labrador to treat under-served populations.  This one-year program is unique within Atlantic Canada, and one of only seven in the country. Dr. Murphy is able to provide Nitrous Oxide sedation for those patients who require it. He is very proficient in oral surgery procedures including extractions, wisdom teeth and surgical placement of dental implants. He is also a Certified Invisalign Provider. In 2020, Dr. Murphy began the process to complete his certification in straight wire orthodontics. In his free time, Ryan enjoys golfing, playing hockey, and spending time outdoors with his wife, Sarah, puppy Charley and two children.

We are making Halifax SMILE!

Our team is here to serve our community